Family-operated freight company Wants Transport was mighty impressed with its new Freightliner Cascadia 126 with 60-inch bunk – to the extent that it promptly went and ordered a second example.

The Lismore-based firm hauls alternate loads of grain and fertilizer to and from Townsville, its first Cascadia running as a B-double at close to 68.5 tonnes.

“We are just blown away by the fuel economy,” he says.

“Those numbers, when it is full almost all the time, are just amazing. We have a great driver, Jason, who is embracing the technology the truck brings and I’m sure the fuel figures will even improve in time.”

Mr Want says the Cascadia also impresses for its comprehensive safety systems and all-round driver comfort, which helps his driver manage fatigue. Features include autonomous emergency braking, lane departure warning and the optional Side Guard Assist, which monitors blind spots for obstacles, including pedestrians and cyclists, when turning or changing lanes.

“Safety is very important to us, not just the active safety, but also managing fatigue,” he says.

The truck’s 60-inch sleeper is the largest available for the Australian Cascadia and this truck features a double bunk, microwave and television. 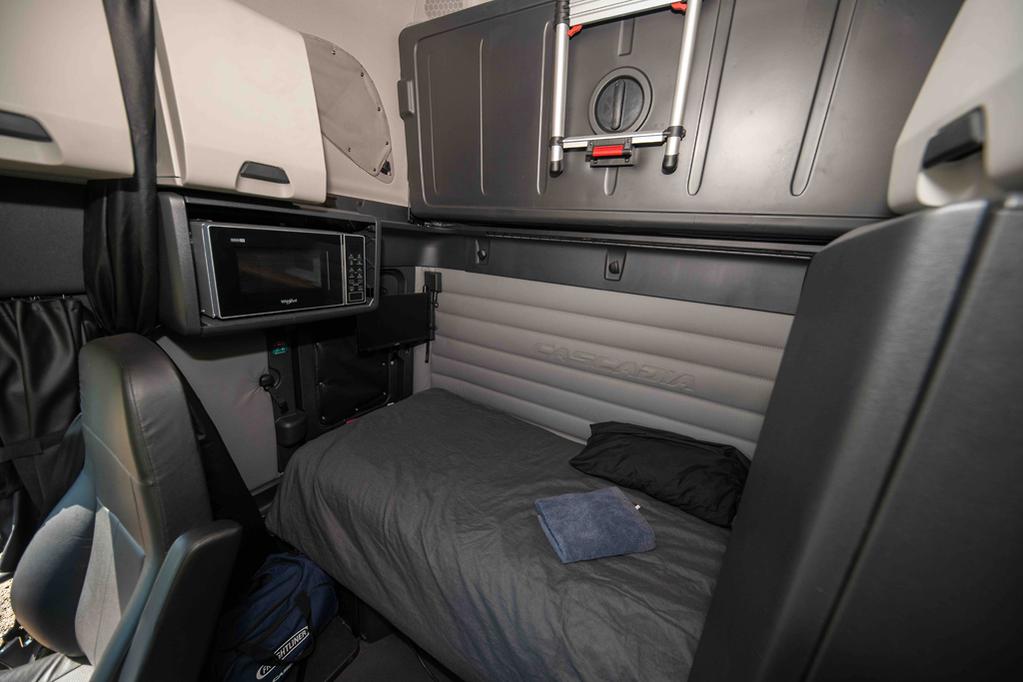 Driver Jason Olive (pictured, below), who stepped out of a 2013 conventional truck from a rival brand, explains the differences…

“I reckon I’m feeling about 80 per cent less fatigued driving this truck, it is crazy,” he says.

“The sleeper is so big that even a big bloke could hold a dance in this thing. It’s got a big bed, but I can stand up to use the microwave or get changed and I can walk around. Living in this is easy,” he says.

Further easing the strain of life on the road is a battery-powered climate control system, which on warm and humid Queensland nights can cool the cab for eight hours straight. 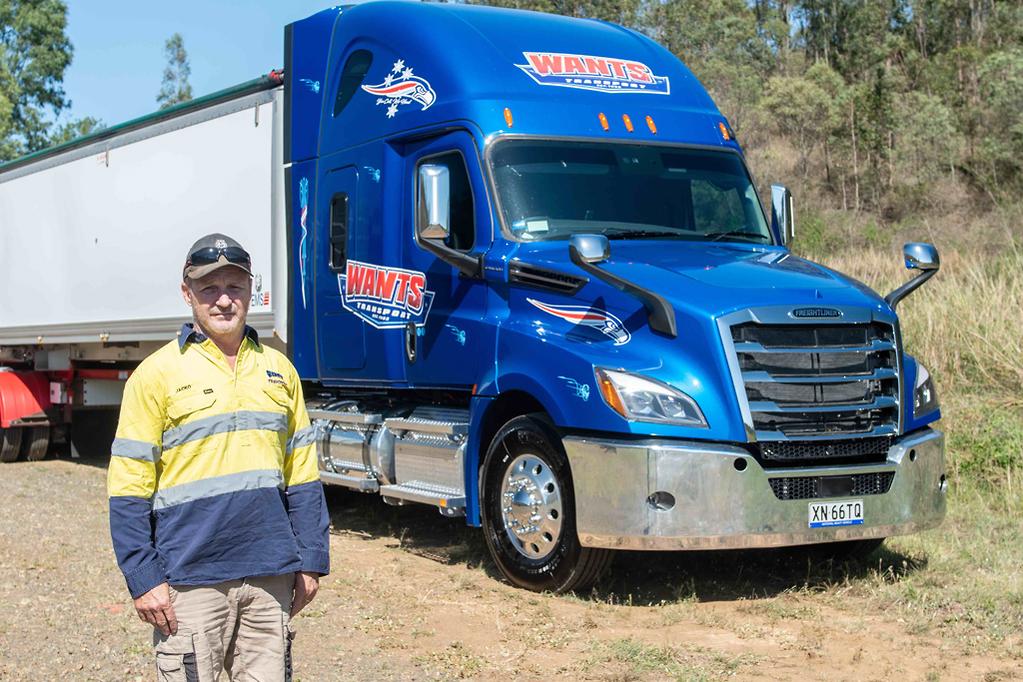 Mr Want loves the smart look of the new Freightliner Cascadia, which is resplendent in its Deep Fathom metallic blue paint and sports new Wants Transport corporate branding. His wife, Giselle, is from Canada, and so Mr Want says he was no stranger to what is North America’s best-selling truck.

“I had seen a lot of Cascadias on the road over there and so I took a closer look when they introduced them here,” he says.

In Australia, the Cascadia is available with a choice of 13-litre and 16-litre Detroit engines, while customers can select either a 12-speed automated manual transmission or an 18-speed manual.

The Wants Transport 126 has a 16-litre DD16 with 600hp and 2050lb-ft of torque, which works hand in glove with the Detroit AMT. It uses Intelligent Powertrain Management, which means the truck reads topographic route data and combines it with the truck’s precise GPS location to advise it how to behave for efficient progress, dependent on the terrain.

Mr Want purchased the Cascadia through Murwillumbah Truck Centre using the Daimler Agility finance option, which offers him a guaranteed buyback price if he wants to return it after four years, and keep the truck and later sell it himself.

Murwillumbah Truck Centre is proud to have been servicing the Northern Rivers and beyond for over 35 years. Family owned and operated we pride ourselves on our long history and latest trucks.